On Saturday, I stopped by my new friend's shop in Newport, right by Alta Coffee. It is the cutest little store! She asked me to bring some jewelry to put on consignment there and I took a photo of what I left at the shop. 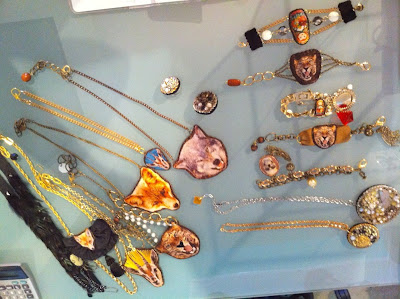 I came at the perfect time because this girl was in the shop looking at dresses for her birthday party that night and the moment she saw my upside-down st. basil necklace, she fell in love with it, and BOUGHT IT before Thyme and I could even figure out our consignment agreement! I'm hoping that bit of good luck will be a sign of more sales to come in the future! 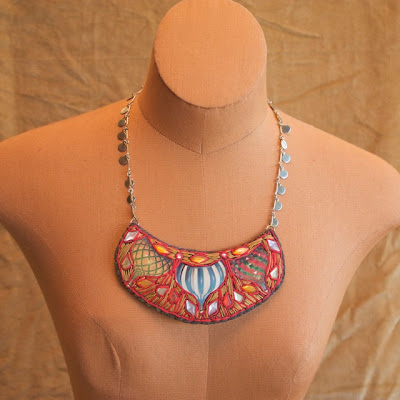 Aura is having it's grand opening this Sunday starting at 12:00 pm. You can RSVP Here! 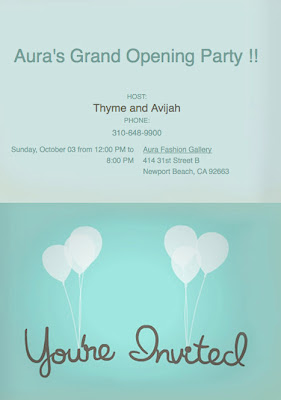 Lastly....I'll be vending at the LA Roller Derby bout this Saturday night in LA
Here's the info about tickets and what not
Posted by Melissa Loschy at 4:25 PM No comments:

iLove my iPhone and freetime

For a while, "Busy" wasn't even a term I felt I could use to describe the insanity of the schedule I had gotten myself into. The months of July and August were as jam packed as can be. My plate was more filled than one at the Las Vegas Flamingo's Grand Buffet, and it was my own fault. My day-job required me to work longer hours as well as travel to Orlando for a big conference and then to San Diego where we hosted our own conference. I'm officially dubbed the "Tech Chick" and I love it.

I participated in UniqueOC right after that in my own town, Costa Mesa. It was so fun, I met a ton of new jewelry clients, and even saw Billy Gibbons from ZZtop strolling around, peroozing fellow crafter's booths! (I saw the band play with my boyfriend and parents later that night at the Pacific Amphitheater. Seriously one of the best concerts I've seen in awhile.)

I went to the Ace Hotel in Palm Springs with a list of friends numbering over 30. I haven't had a chance to take a real vacation in almost 2 years (and the next one won't be for long time) so this 3 day, 2 night getaway was a welcome adventure. I have nothing but positive things to say about the Ace Hotel.

A few days after I got back from my company's conference in San Diego, I was locked in my studio for hours upon hours preparing for the Orange International Streetfair where I sold my jewelry to families, kids, tattooed bombshells, drunkards and the like from friday to Sunday (F: 5-10pm, Sat: 10-10 and sun 10-10, 25 hours in the circle, yikes!) It started off slow, but business really picked up for me towards the end of the weekend.

...THEN...to my dismay, on Labor Day, my covetted and hated Blackberry went kaput. The operating system on my 3rd blackberry in less than 2 years crashed. And speaking from experience, that means your phone is FINISHED. So...rather than giving a 4th blackberry a chance, I decided to bite the bullet and drop $400 on the new iPhone4. I think I had a slight 5 second panic attack when I signed the receipt, but 2 weeks later I'm singing its praises. I LOVE the iphone. What have I been doing these past few years without it?

So...since things have slowed down (I've had to politely, regrettably but willfully step down from some of my involvments and committments) I've been a LOT happier and even more creative. The first app I purchased on my phone was hipstamatic (yes I know...cliche I admit it) and I know why ALL of my friends have it too. It's pretty hard to take a bad picture with any of the lenses or films they let you choose from. But that leads me to the fact that I've had time to experiment with different craft projects and even some cooking!!! 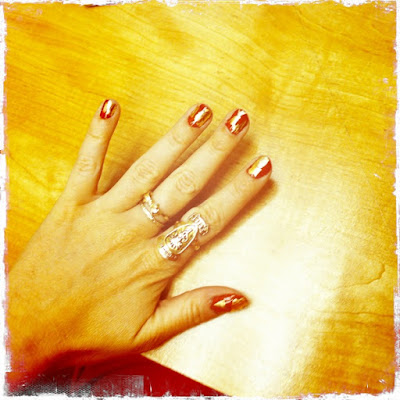 Experimentation in creative nails: 1 coat red polish, wait until it's almost dry and press on some
gold leaf flecks (yes, I ALWAYS have gold leaf in my studio) then coat with clear polish. 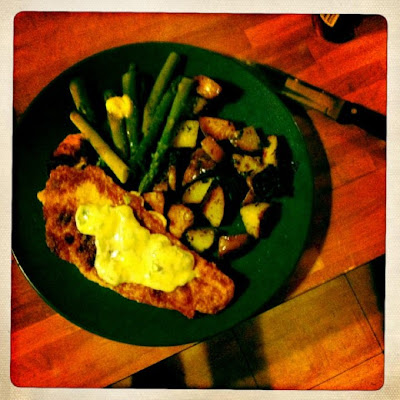 Experiments in cooking: Kevin and I nicknamed my kitchen the "Kontaminated Kitchen."
I don't really know why, but here you see what we made on Monday night:
Garlic Herb potatoes, asparagus and fillet of sole breaded in flour, corn meal
and cayenne topped with a homemade Dijon Basil May
Recipe I used 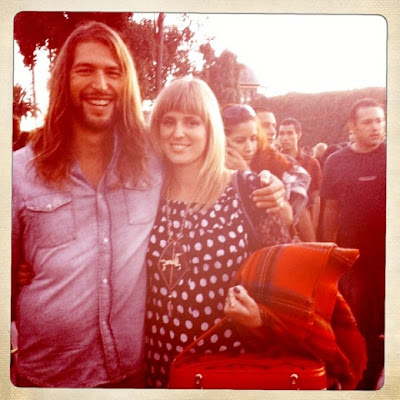 Experiments with cool hip events with cool and hip friends: Last Saturday night I went to "Cinespia" at the Hollywood Forever Cemetary with my boyfriend Kevin, and best friends the Carlsons, Nikki who was in town from NY, and my Costa Mesa clan. They screened "Night of the Living Dead".... in a CEMETARY!!! Come on!!! It was so cool and we had a blast drinking wine and eating cheese + crackers. Nevermind that we had to wait in line for 2 hours for a mediocre spot, I'd do it again in a heartbeat.

Dammit, that was long. I had to make up for lost time. I suck at blogging, I spend too much time reading too many amazing blogs. In giving this little page a facelift, I hope to at least update on some of my creative projects. ::Sigh::
Posted by Melissa Loschy at 12:21 PM No comments:

See all of the pieces here 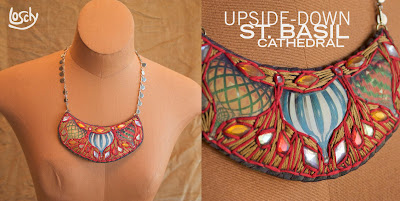 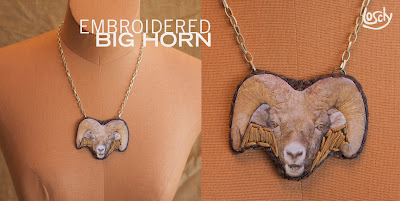 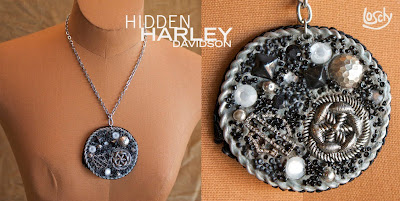 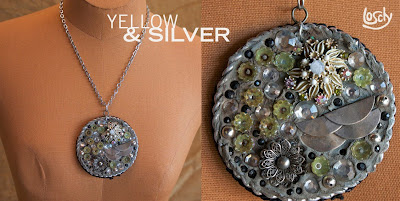 Posted by Melissa Loschy at 12:22 PM No comments: 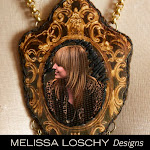 Melissa Loschy
Artist, Musician, Designer. Owner and creator of Melissa Loschy Designs. This is what's new with me.